The port of Torbole

A long tale between land and lake

Torbole begins where the lake ends. Or perhaps it ends where the lake begins.
Or perhaps it does not end at all, because no matter how far one’s gaze casts, the mind carries its unique atmosphere with it. What is certain is that whichever way you look at it – from the land or from the lake – the port of Torbole presents itself as the link between the two elements by which the town is shaped. 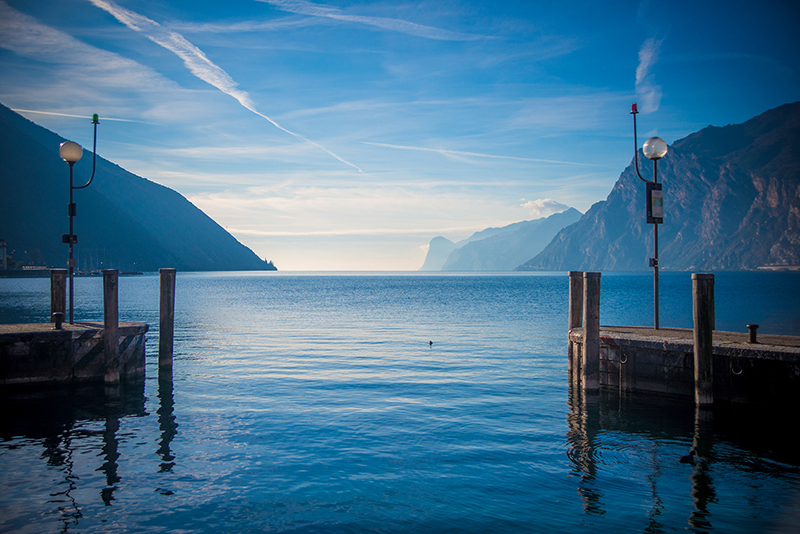 The port of Torbole is above all a portal. A gateway linking past and present, it reminds us that fishing was once the main activity here.
The port of Torbole is also a gate connecting north with south. An administrative north and south (the state border was not too far from here at the time of Austrian rule), geographical, climatic but also emotional.
Torbole is the only point on the shores of Lake Garda from which the open horizon of its southern border is visible. When one’s gaze points southwards between the two piers of its harbour, one is projected along the furrow carved by the tongue of the glacier from which the lake was born, down to the plain and beyond, towards that Mezzogiorno whose climate Lake Garda mimics so well. 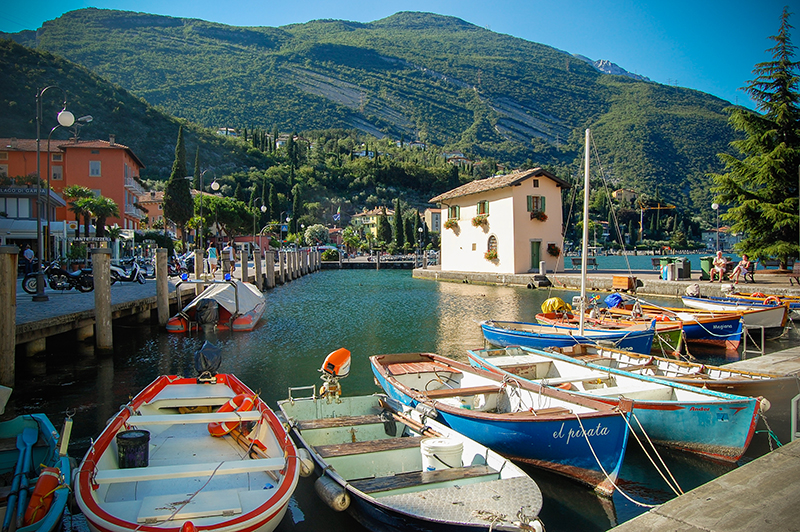 The port has always been the heart of Torbole, the crossroads of a circulation that was once mainly by water.Before 1929, when the lakeside roads were built, a large quantity of goods passed through Garda between the Po Valley and the valleys of the Tyrol. Salt, wheat, fruit, and products from the valleys of Trentino arrived here: timber, hides, and metals. These goods were subject to the customs tax that was paid at the casèl, the Casa del Dazio (Customs House), which stands at the entrance to the port.
Built in the early 1700s by the Viennese government in place of a pre-existing wooden house, it was home to the guards of the port. But the presence of duty posts in Torbole and Nago, as also in Riva and Arco, has been documented since the 12th century. 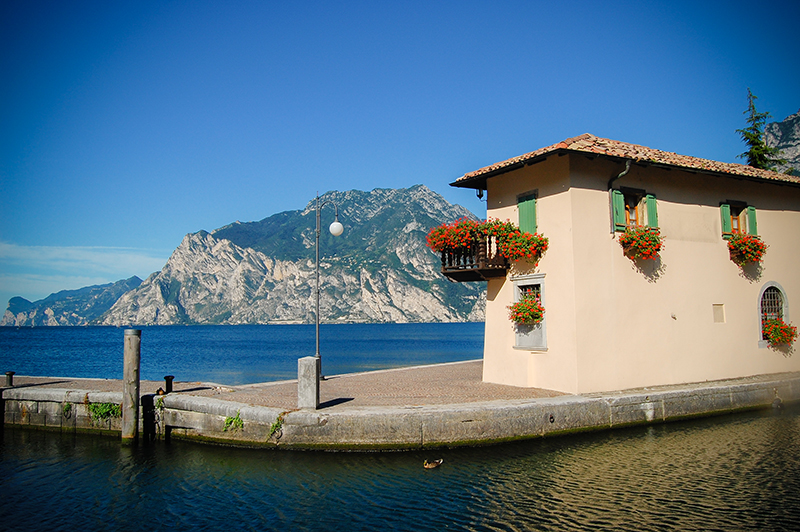 Stories of Taxes and Smugglers

Ever since Count Udalrico d’Arco obtained in 1198 from King Philip of Swabia the concession to erect a customs post in Torbole and one in Arco, this place has been telling its own stories. First linked to the Kingdom of Germany (in the 12th century), then to the Serenissima Republic of Venice (between the mid-15th and early 16th centuries) and finally to the Archduchy of Tyrol (in the 17th century). Stories of smugglers, decrees to repress this practice and escapes by water to avoid paying taxes on basic necessities such as salt and grain.
The building later became a fisherman’s house and is now privately owned. It houses a collection of old photographs and is opened for special events. 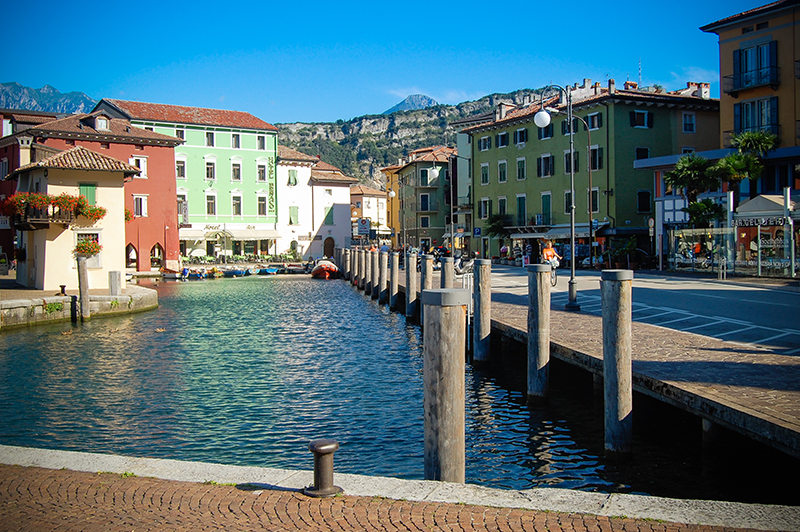 Stories of art and artists

This corner of Torbole so rich in history is also one of the most picturesque and most photographed places. It is not surprising that over the centuries so many artists have found inspiration in these views: Johann Wolfgang von Goethe wrote part of his Iphigenia here and Hans Lietzmann lived here for more than 50 years and wanted to be buried here when he died in 1955.
Arriving in Torbole in 1899, Lietzmann took part in the restoration of the paintings in the church of Sant’Andrea and founded a school called Männlicher Akt im Freien, dedicated to nude, which attracted many important artists to Torbole. 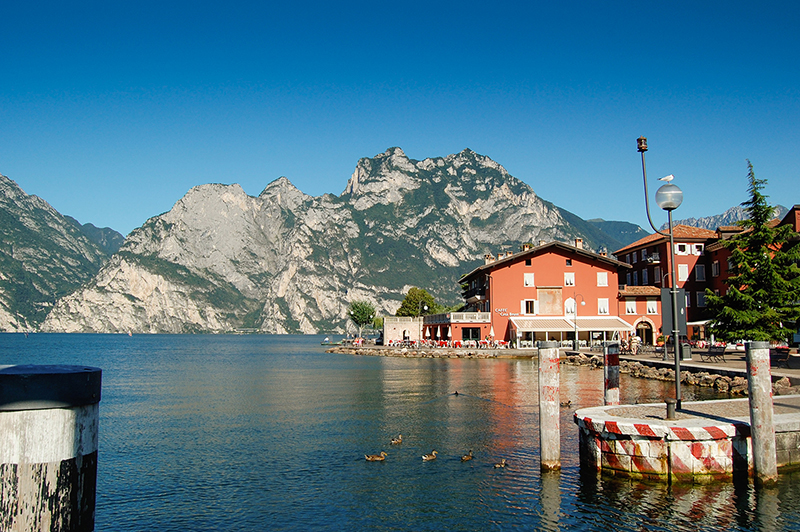 Also overlooking the port is a historic house from the 15th century that bears traces of this intense activity. This is the Beust House. On the façade of the building is a fresco by Hans Lietzmann depicting St. Anthony preaching to the fish. And it was precisely the Beust House that was the cenacle of another artistic meeting place, active until the 1960s, promoted by the Kaldor family.

But the stories this enchanted place tells are certainly not finished. Sit in the early morning under the porticoes of the Stefenelli house, wait for the late sunrise over the roofs of the Torbole houses, listen to the lapping of the clear waters in the silence of the air not yet moved by the wind. There, a few secret will perhaps be revealed, directly to you.