“must-see” places in torbole and its surroundings

Our scenic village of Torbole stretches along the shores of Lake Garda on a north creek, caressed by continuous winds.
The waters of the lake bathe it, Mont Baldo dominates its houses on the east side and Sarca Valley wraps its northern part.

Thanks to an unmissable harmonious beauty, breathtaking sights and pleasant winds today Torbole is a lovely tourist destination famous worldwide.
However already in 18th century its magnificence enchanted travelers. Suffice it to say that even the German poet Goethe spent some time in Torbole and described the lake and its views he could see from here as “a marvel of nature, an enchanting place”.

What surprises can Torbole and its countryside offer you? What are the must-sees after you reach this place?
Here are some useful tips!

1. The lakeshore and the little harbour 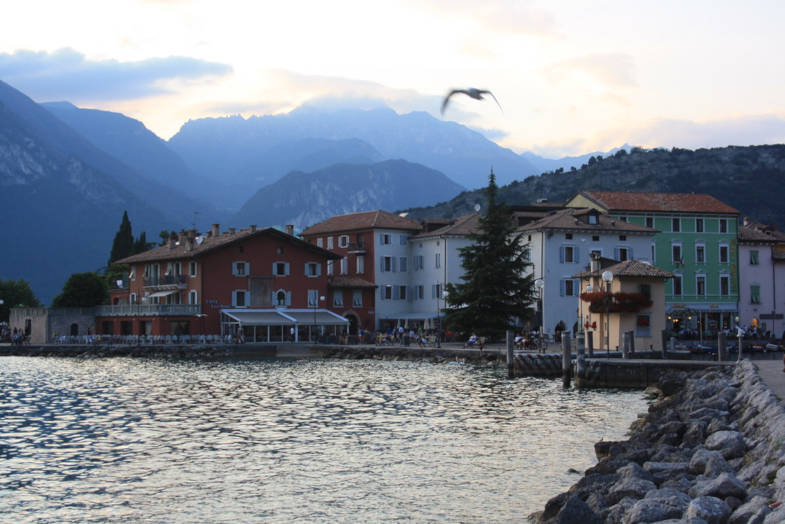 What first attracts the tourist when arriving in Torbole is the particular harbour in Venetian style with an amphitheatre of scenic colorful facades of buildings extending down. Here you can also visit the Casa del Dazio (“The Excise Office”), an Austrian building dated back to 1700 which later became a fisherman’s house. Nowadays the Casa del Dazio houses an archive of historical photos, open to the public during special events.

The part of Torbole, stretching along the lake, has managed to keep its timeless soul of a fishing village: it is a soul which offers Torbole and mainly the lakefront and the little harbour a well-known enchanted and picturesque atmosphere. 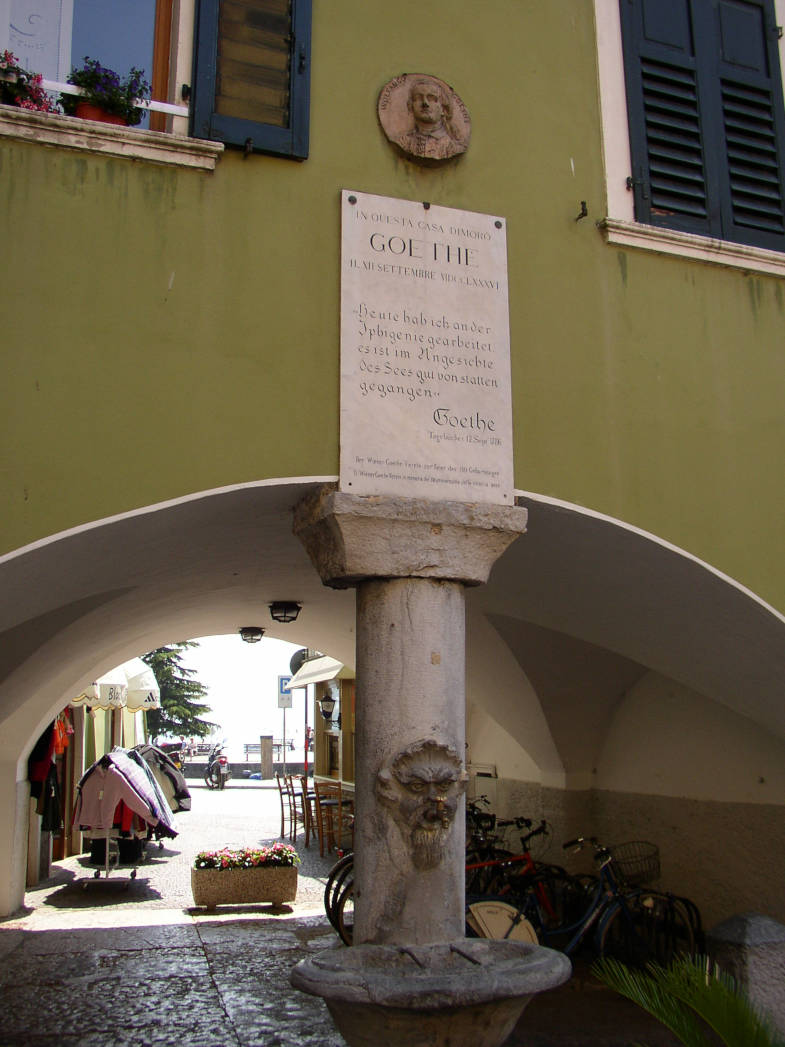 Once you have taken a few customary photos of the harbour, you can explore the historical centre of Torbole, strolling down a maze of charming narrow alleyways, little squares and old buildings.
Here you can visit the Piazzetta Goethe with a memorial plaque attached on a side commemorating the poet’s stay, after arriving in Torbole in September 1786, where he wrote a part of Iphigenia.
By walking on the squares of Torbole, you can come across marvelous bas reliefs and terracotta figures. These are the works of Fernando Ciancianaini, known as Cian, un artist who lived in the village for years.
Of particular interest are the terracotta figures adorning the church of the Madonna delle Vittorie and the busts of Dante and Goethe: the first one is placed in the garden of the Tourist Information Centre and the second one in Piazza Alpini.

If you want to capture Lake Garda with some breathtaking photos, don’t miss visiting Belvedere, the viewpoint of Torbole. It is a panoramic place from which you can have a stunning sight of the shimmering waters of the lake, the coast and obviously of our scenic village.

This place is also called “castèl”, a nickname testifying the ancient presence of some defensive structure, probably a tower.
Some archeological evidences, still visible in the area, could confirm the authenticity of the nickname the inhabitants of Torbole are still used to saying when talking about the place. 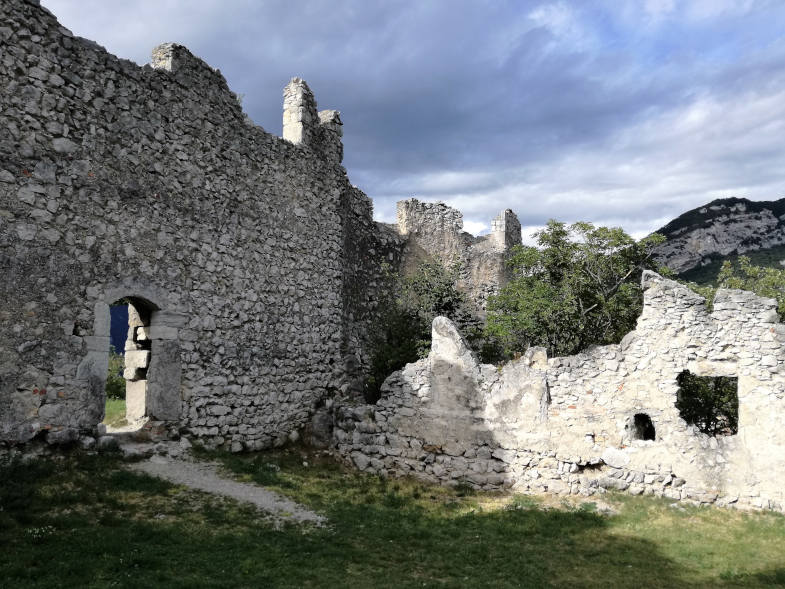 On a rocky spur above Torbole are located the ruins of Castel Penede. Its most ancient story is shrouded in mystery: perhaps it was a Roman fortification or an old fortified hill settlement. One thing is certain: the first official document about its existence dates back to 1210. From then onwards the castle had a turbulent history, from the domain of ancient and powerful families to its distraction which took place in 1703 by French-Spanish troops led by the Duke of Vendôme.

Nowadays only ruins remain of its ancient splendors. Nevertheless they are very interesting as they are surrounded by a lush vegetation on a mighty rock overlooking the lake.
Here the atmosphere is romantic and scenic and it is worth the effort walking to reach the ruins. 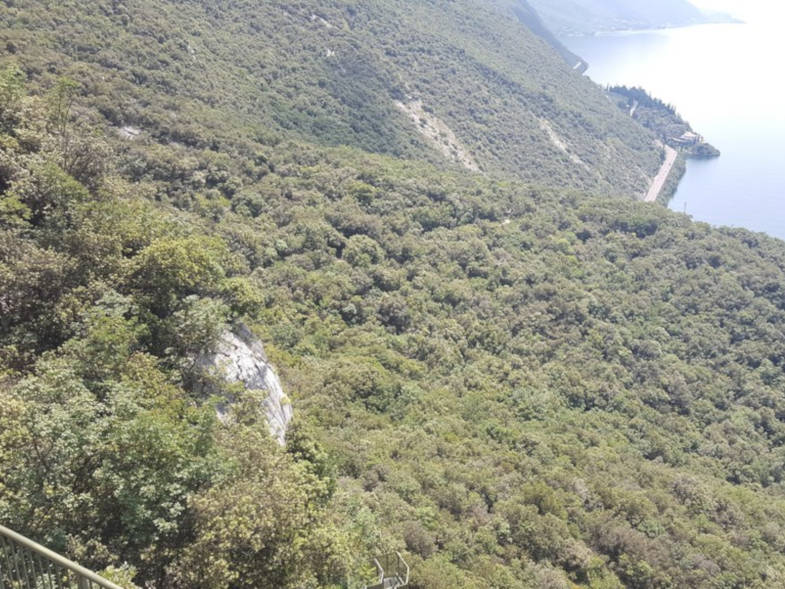 Another experience to live in Torbole is surely to face the panoramic path Busatte –Tempesta, passing over the village and offering the great chance to enjoy wonderful sights of the all Alto Garda.

Starting out from Torbole the pathway is easy and suitable even for not well-trained trekkers. It runs in low altitude and has not significant differences in height. Through specific staircases the route follows the slopes of Mont Baldo, offering the hikers to walk deep in nature and discover unforgettable hidden landscapes of Torbole and Lake Garda.

Do you want to learn more about this path hanging over the lake? Very soon we will talk about it in another article of our blog!